Win one of 2 Indian Scouts in the Sturgis Rider Sweepstakes

The Buffalo Chip provides an Opportunity to: Win one of 2 Indians

Sign up free at the Buffalo Chip booth to win one of two Indian Scouts in the Sturgis Rider Sweepstakes. Roland Sands and Carey Hart have given these Scouts their personal spins. Also learn the Chip’s 2018 plans for a Moto Stampede, from Crazy John’s Drags to Hooligan thrills and AMA Pro Flat Track.

Before being given away, the Evil Twin bikes will tear up tracks in races around the country that culminate with one final flat-track face off during the Buffalo Chip Moto Stampede on Wednesday, Aug. 9. The bikes’ wicked look, untamable bite and unquenchable thirst for gasoline will draw attention from racers and flat track fanatics across the world before being passed on with their stories, celebrity rider histories and battle scars to two lucky fans like you on the largest stage in motorcycling.

Don’t miss your chance to own a high-performance machine with an authentic story that includes being customized and raced by the most respected moto celebrities in the world. 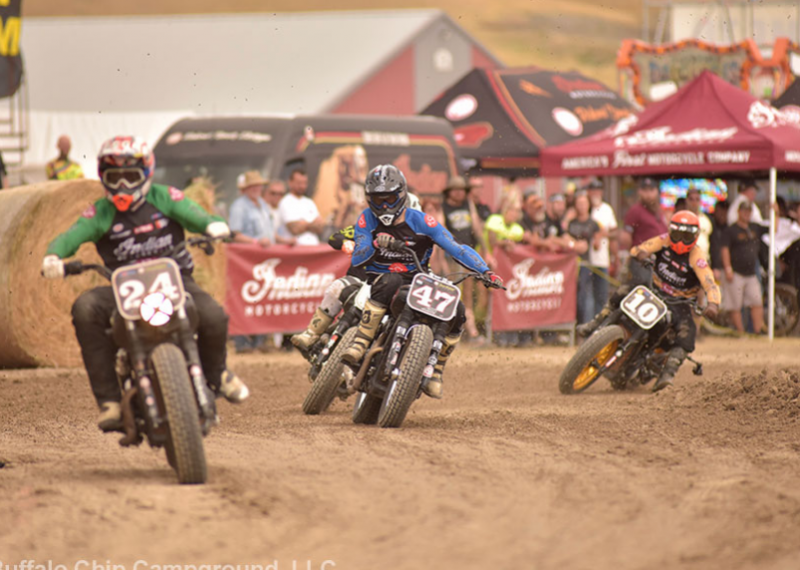 Win one of 2 Indian Scouts in the Sturgis Rider Sweepstakes

As the heart of the 31st Annual Dennis Kirk Donnie Smith Bike Show, expect the best custom motorcycles and classic cars to turn out. They’re joined by quality vendors that focus on riders. And did we mention the monster Swap Meet?

Premier companies in motorcycling and automotive circles know the value of having a presence at the Donnie Smith Show. Who benefi ts? You do! Because they bring extra features and special attractions to make the Show bigger and better than ever.