If they had let us build motorcycles when I was in high school, I would have been a much better student!” So said one “seasoned” visitor to the 2015 Donnie Smith Show after talking with students from technical and high schools that were doing exactly that; building motorcycles for class credit in school. 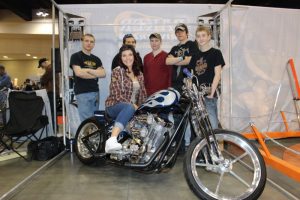 And it’s a sentiment that’s been repeated many times over in the decade since the show’s promoters first welcomed such programs to exhibit. The goal, in part, is to help the programs gain attention and get tangible input. But giving these programs a place to showcase their work also raises awareness of such efforts, programs that can lead to careers for aspiring mechanics, fabricators and other handcraft trades.

Craftsmanship and creativity are enjoying a resurgence of respect so it’s more common to encounter motorcycle-building programs at tech and high schools around the country. But that wasn’t always the case, and the genesis of this gearhead rebound happened here in Minnesota, at Kennedy High School in Bloomington.

In the late ‘90s Kennedy’s shop teacher Kevin Baas was given responsibility for the Metals Program on top of his other duties. Thinking of ways to engage students, Baas recalled that heads turned when he gunned the drag pipes on the road-weary Ironhead Sportster he often rode to school and that gave him an idea. Soon he had a group of kids hanging around after school as he worked on his bike, and when the bike became the focus of Metals Class some of the kids joined in. 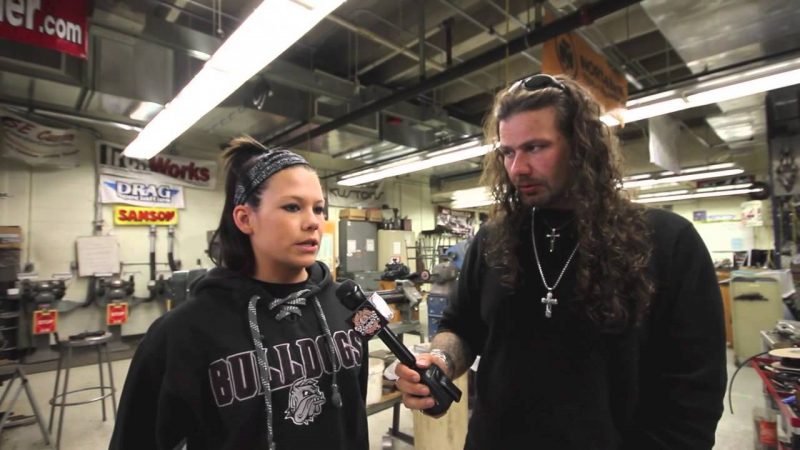 “I thought it could be an avenue for them to gain a skill set, to start them off on a career path,” Baas said, especially the students he worried were at risk. Using “Chopper Class” as bait, Baas told kids to keep their grades up in other subjects if they wanted to work on the bike.

But parts and equipment were tough to come by so Baas reached out to The Horse magazine. They wrote about Chopper Class then Indian Larry and Paul Cox pitched in with a few parts. Though Baas knew Donnie Smith only as the local legend, he reached out to Smith and invited him to an open house at Kennedy.

“He walked in, saw the magnitude of the program and he was sold on it,” said Baas. “Donnie was such an inspiration for us when we were just getting started. His connections with S&S Cycle got us our fi rst engine in 2004.” 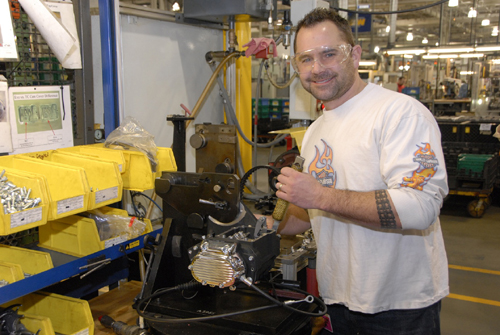 When show promoter Neil Ryan invited Baas to bring the class bike to the show that year, it provided the visibility that garnered more parts and better equipment as the concept hit a chord in the motorcycle industry. That set the stage for the Kennedy High class to attend the Donnie Smith Show every year and also paved the way for other schools to participate. Sugar Bear, Spartan Frameworks, Harley-Davidson and dozens of other companies and individuals have opted in to help. Guest instructors offer input on wiring and painting while students hone life skills such as writing and public speaking.

“My goal was to help any other teacher so they could get the green light to start a program,” said Baas.

St. Francis High School from Bethel, MN, came in the second year, then schools from LaCrescent, Red Wing, and Perham, MN. From further afield, Howell High in Howell, MI, Clearfi eld County Technology Center in Clearfi eld, PA, and Bernice MacNaughton High from New Brunswick, Canada stepped up. Eden, New York’s Eden Jr./ Sr. High School class has been a consistent presence since 2008, led by instructor Steve Jones. From South Dakota, Mitchell Technical Institute and the Buffalo Chip Challenge Team bring student builders to compete. This year at the Donnie Smith Show all the school programs will exhibit side by side, not in competition but in camaraderie; not to promote a particular motorcycle but as advocates for technical education.

Some programs perpetuate their efforts by selling one year’s project bike to fi nance the next. Others, like the Chip Challenge, auction the bike as part of a charity event and also award scholarships to several students. The Chip Challenge embraces students from schools across the Black Hills and involves big name custom builders like Yaffe and Shope. Eden’s class includes students as young as middle school age. Baas, Smith and Ryan are supportive of them all. Though they operate differently they share a common goal: to inspire students to recognize and pursue the mechanical arts as a viable career. And that’s the nugget of relevance here, the grooming and encouragement of the next generation of mechanically sensitive and capable people who will keep motorcycling fresh.

Do such efforts work? Baas cites two stellar successes from his own experience. A former student works in engineering at Indian Motorcycles and another graduated from MMI in Phoenix and now works at an Arizona dealership.

Other program mentors cite successes, too. As Kevin Baas expressed: “People in the industry can relate to my students because they were the shop kids in their time.”

He makes a good point: how many of us knew where a hobby or interest would take us when we were in our teens? It can be a very small thing, an unremarkable instant that turns a life in a different direction. So small in fact, it’s often lost in the moment and only appreciated
much, much later.

But if you see yourself in this scenario, know that opportunities remain to reach out, step up and lend a hand. Dozens of instructors, company owners, pro builders and regular riders are doing just that in schools all over the country. So come out to the Donnie Smith Show and meet the students and their teachers. You might be inspired to add your time, talent or treasure to the parts bin. Large or small, it really doesn’t matter, because everyone knows the fi nished product is always greater than the sum of the parts. 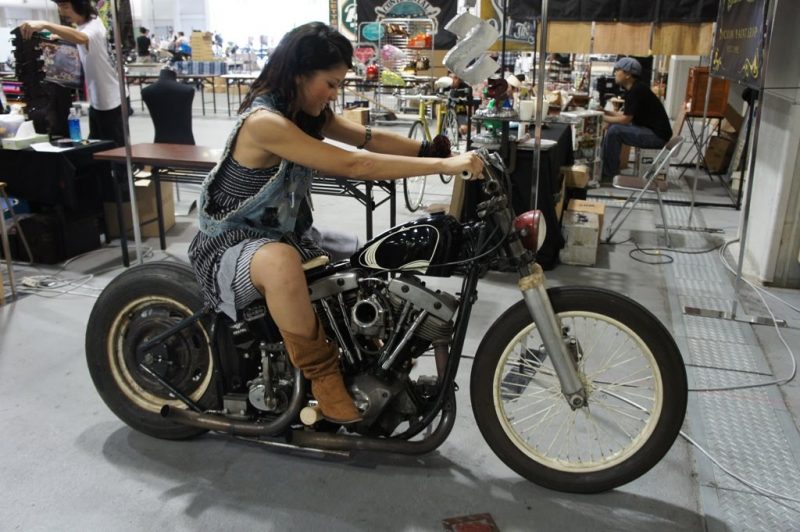